This single-story, completely remodeled bunkhouse is close to
everything Indy! Only 4 minutes to Lucas Oil Stadium, 5 minutes to
Indiana Convention Center, & 7 Minutes to Bankers Life. Just minutes
away from all the downtown shopping, dining, and nightlife! Easy,
private off-street parking outback. Easy and convenient contactless
check-in. Full-sized kitchen, fully stocked with plenty of counter
space.  Newly updated bathroom and full-sized laundry machines in
this downtown gem. Great remodeled home close to everything you need
on your trip to Indianapolis. You've found the right place!
Highlighted Amenities:

There are 3 bedrooms and a large full bathroom. The front two bedrooms
come with a queen bed. The back bedroom has a full-sized bed and there
is an extra sofa bed (queen) in the living room to sleep a total of 8
guests comfortably. Enjoy a smart TV with access to all of your
favorite streaming services. A fully stocked kitchen equipped with all
the necessary appliances to cook or prep a meal. Enjoy and relax
outside as well on the private deck with a fully fenced yard.Walking
distance to Convention Center, theatre, restaurants, drinks, shopping,
entertainment and more. Enjoy football, basketball, baseball or soccer
games. This home is perfect for a weekend getaway! 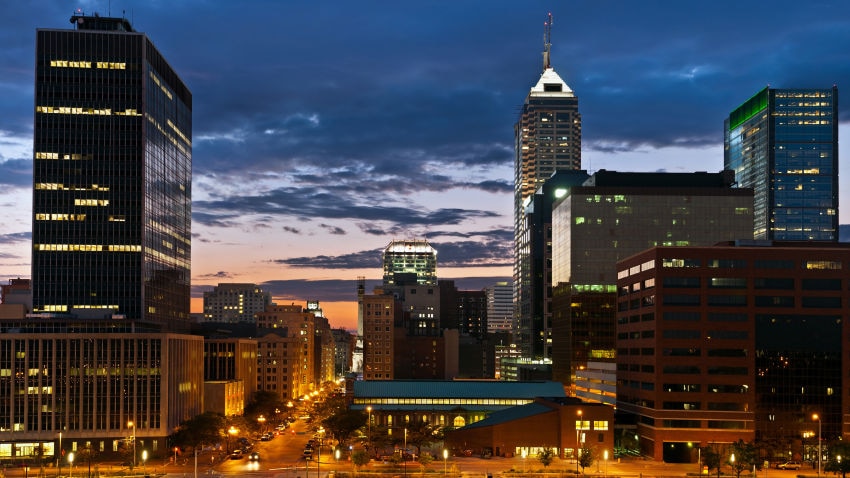 Downtown Indianapolis is the very heart of Indiana’s bustling capital, and it’s alive with people here for business and pleasure. The Indiana Convention Center is a major hub of commerce, while the adjoining Lucas Oil Stadium is a mecca for football fans. There’s also plenty for shoppers to get stuck into at the City Centre Mall.

For a bit of escapism, head over to White River State Park, with its wide swathes of green gardens, gushing fountains, and idyllic waterways. Here you’ll also find cultural attractions like the eye-opening Eiteljorg Museum of American Indians & Western Art.