This property advises that it adheres to COVID-19 Guidelines (WHO) cleaning and disinfection practices. 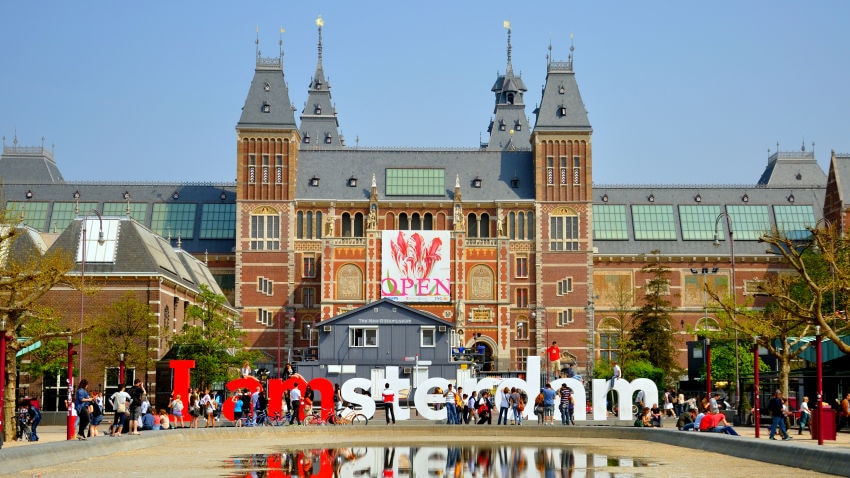 Amsterdam’s Museum Quarter, just south of downtown, is bordered by Vondelpark on one side and the city’s weaving canals on the other. Within these cozy confines, you’ll find endless cultural delights. Catch a show by the famous Royal Orchestra at the opulent Concertgebouw, followed by a sumptuous meal at one of the area’s many fine-dining establishments.

The Van Gogh Museum features the world’s largest collection of paintings by the Netherlands’ famous son. The Rijksmuseum is the home of modern art, while unmissable Dutch masterpieces await in the Stedelijk Museum—after all, it’s not called the Museum Quarter for nothing.

The front desk is open daily from 7:00 AM - 11:00 PM. If you are planning to arrive after 10:00 PM please contact the property in advance using the information on the booking confirmation. Front desk staff will greet guests on arrival.

You'll be asked to pay the following charges by the property at check-in or check-out:

Disinfectant is used to clean the property; commonly-touched surfaces are cleaned with disinfectant between stays; bed sheets and towels are laundered at a temperature of at least 60°C/140°F.

This property affirms that it adheres to the cleaning and disinfection practices of COVID-19 Guidelines (WHO).

Guests can rest easy knowing there's a carbon monoxide detector, a fire extinguisher, a smoke detector, a security system, and a first aid kit on site.