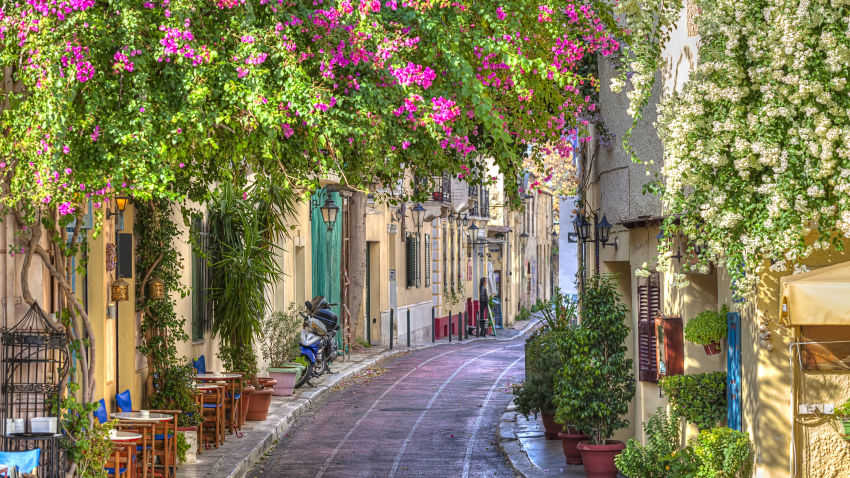 Plaka is built on the site of the ancient city of Athens, nestled on the slopes of the mighty Acropolis hill, from which it gets its nickname—“Neighborhood of the Gods.” Its rich heritage is chronicled in its many museums, including those dedicated to Greek folk art, music, and Jewish culture.

Plaka’s most modern draw is the Acropolis Museum, which opened in 2009. This award-winning institution houses over 4,000 objects from the archaeological site of the Acropolis of Athens. The site itself can be viewed in places through transparent floors, giving visitors a unique behind-the-scenes glimpse of the ongoing excavations.

10.0.Exceptional.4 verified Hotels.com guest reviewsAll of our reviews have come from real guests who have stayed at the property.
See all 4 reviews